It is the most wonderful time of the year. Well, it is in exactly one month from today. We spend the weeks before Christmas decorating our houses, buy presents prepare for the Christmas menu. But many of us will spend the holidays with their families making it sometimes necessary to travel the world. Every year, the airports across the globe deck out during the holiday season. Some bring out simple lights, where others create magical forests. We have lined up some of the most magical airport decorations to get in the Christmas spirit.

Singapore’s Changi Airport is known for its extravagant entertainment throughout the year, sparing no expense. From golf courts and butterfly gardens to complete cinemas, visiting Changi Airport is an outing on its own. At Christmas time, the airport is leaving its Asian mark on decorations. Last year, the Airport in Singapore created a forest with Asian amine figures and Hello Kitty in a Christmas setting. 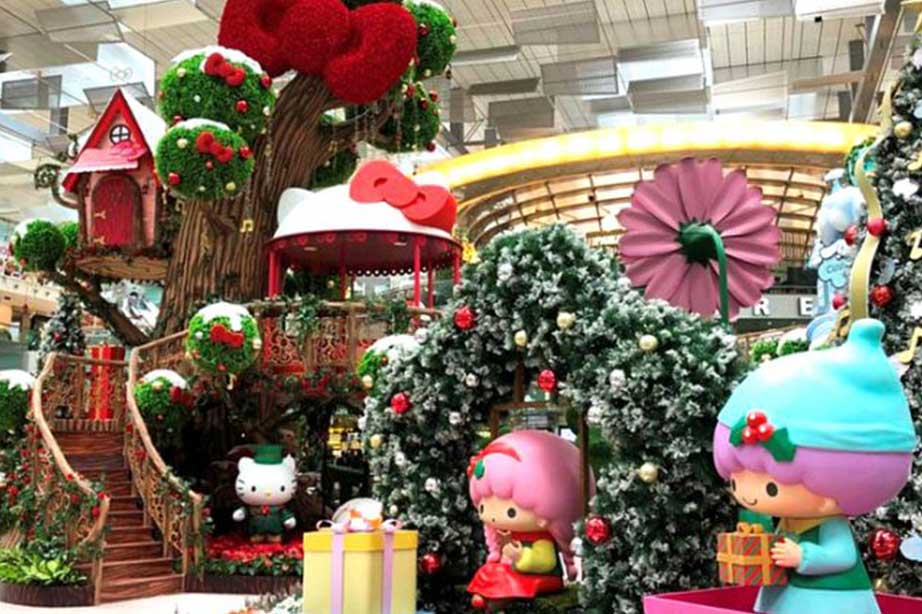 It’s where Santa Claus lives, Finland! The perfect Christmas setting can be found in Finland where temperatures lie below zero, snow piles on and the darkness is driven out by the twinkle of Christmas lights. The Scandinavian culture is based on modesty and family time, especially around Christmas. You won’t find many flashy decorations, but simple and cozy lightbulbs with wooden decorations. The Finnish airport in Helsinki shows its magical view on Christmas in a very beautiful way. 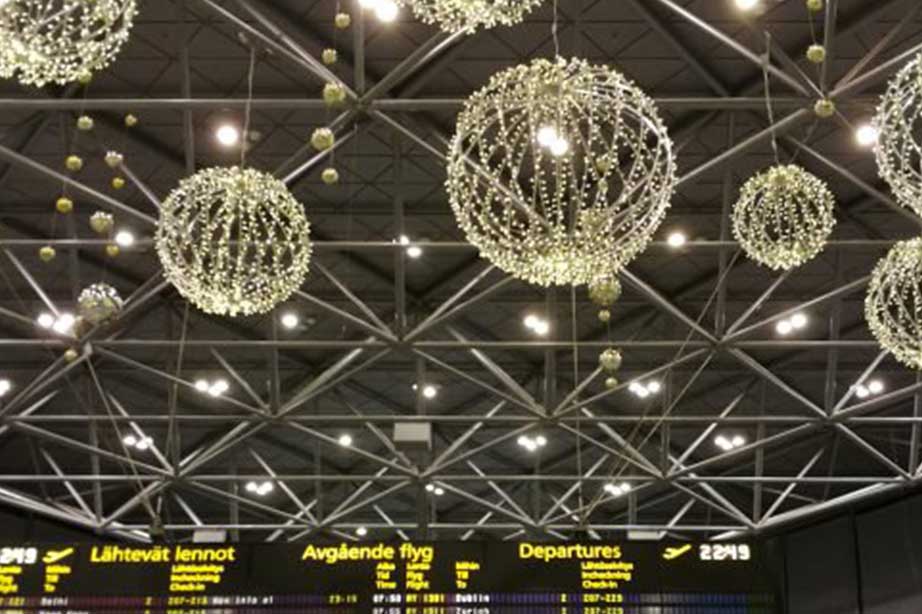 It may be the last place you’d expect them to be early with the Christmas decorations, but Cape Town Airport is very serious with its December lights.  Even though the day temperature rises above 25 degrees in December easily, it puts no downer on the Christmas spirit when you walk past the lights in the trees. 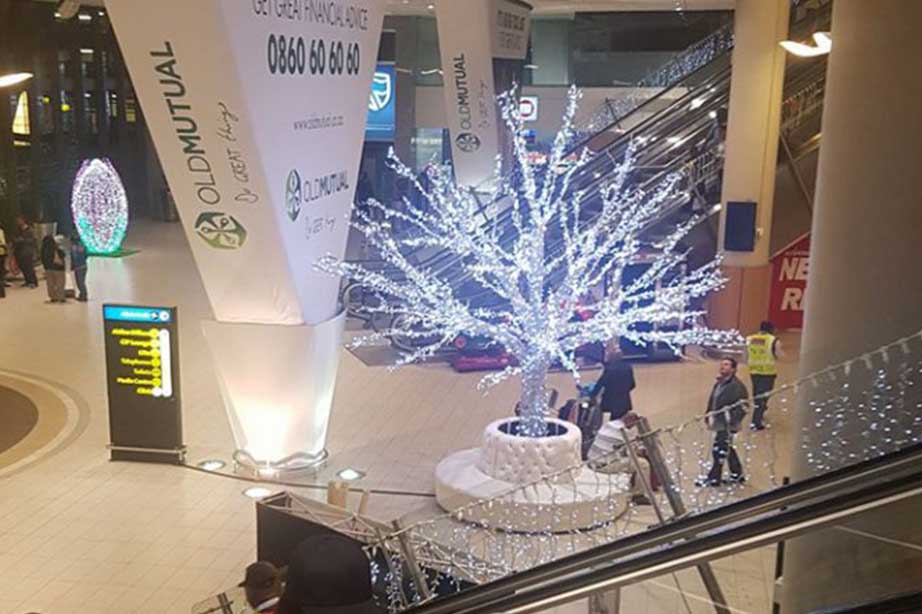 It is the most wonderful time of the year in our very own capital city, London. A famous destination for people across the world to do their Christmas shopping or spent the holiday season. Heathrow Airport is the décor for many Christmas inspired films such as Love actually and is the transfer airport in Europe for passengers travelling the globe. Therefore, the Christmas decorations are impressive, festive and most of all, sparkly. Take the Swarovski Christmas tree for example. 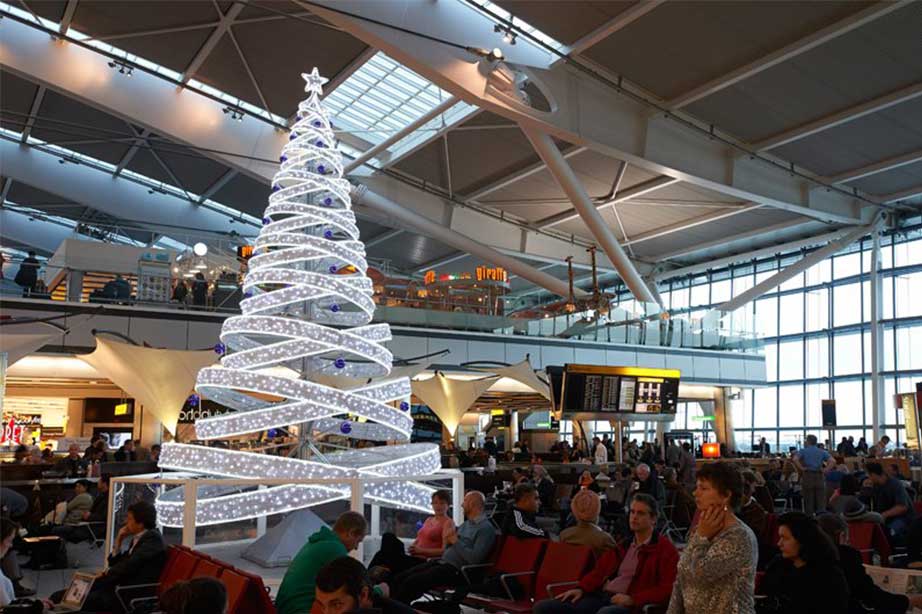 Every city in Germany organizes the most lavish Christmas markets during the holiday season. But some airports don’t want to be left behind in the madness and organize their own Christmas markets outside! At Munich Airport you can go on a shopping spree outside and enjoy some ice-skating with your kids if you’d like to. 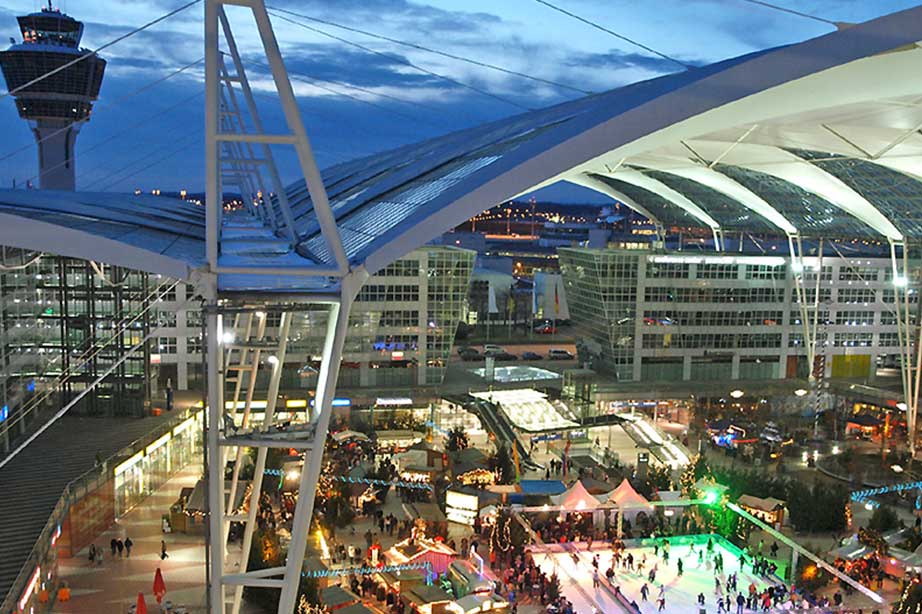 Stuttgart Airport decorates its pillars with thousands of lights. Creating the look of a decked out forest in the middle of the airport. Quite a magical sight! 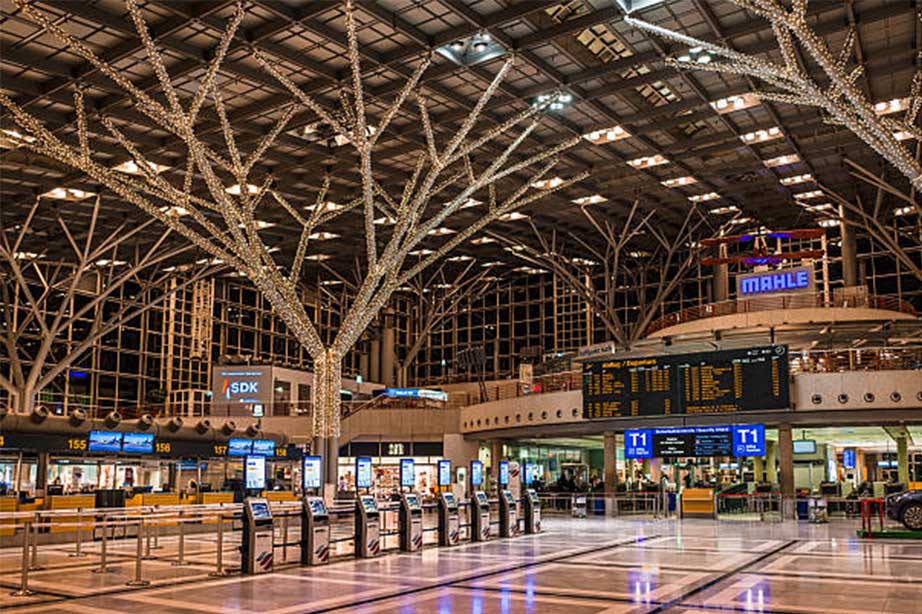 Staying in the spirit of flying, Schiphol Airport brings out the light bulbs airplane style. The Christmas decorations at the Airport make you eager to buy presents, for which Schiphol is the perfect place as well. 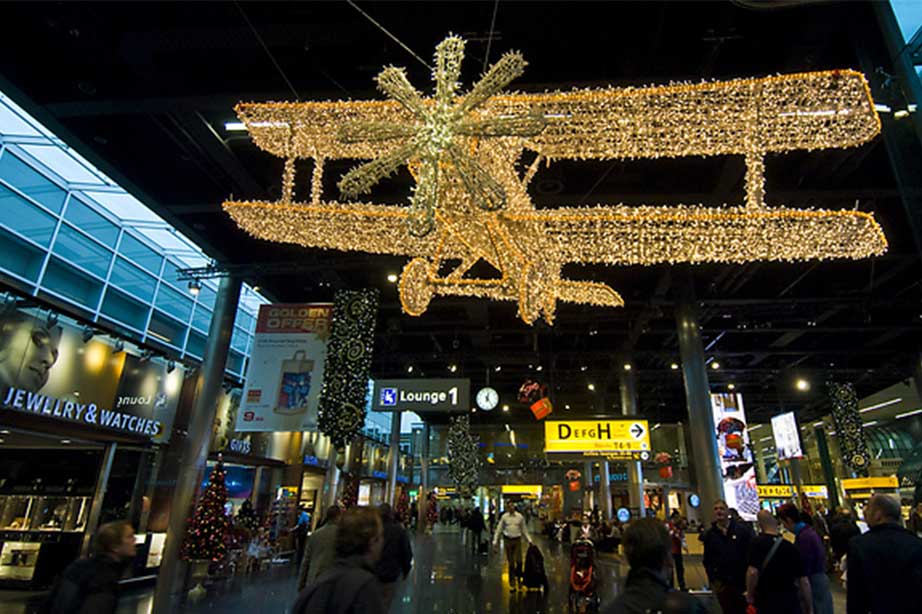 Big, bigger, biggest. In the United States things are always done bigger than anywhere else and Christmas is no exception. Large trees and bright and bold coloured lights are displayed at Florida Airport for example. 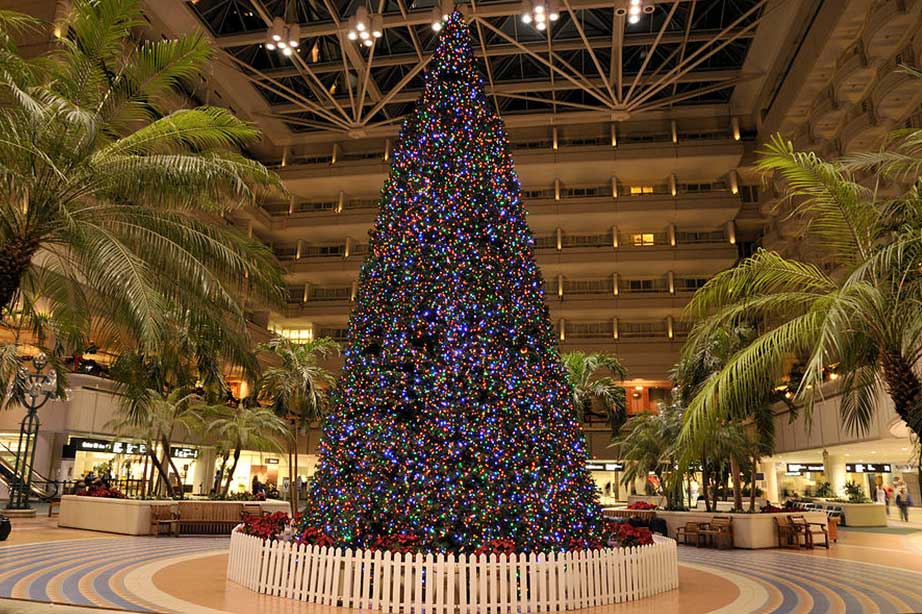 What airport decorations are your favourite?

Free flight check
Previous blog
A two-hour delay? These are your rights! Next blog
How much carry-on can you bring onboard?
wpDiscuz